Learning about renewable energy in the local context 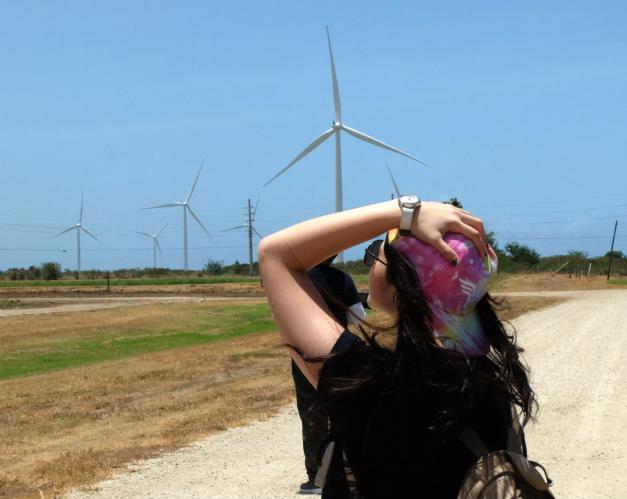 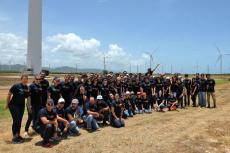 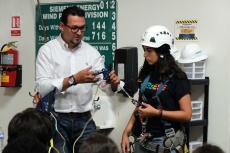 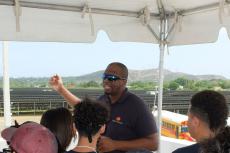 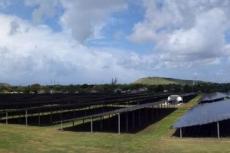 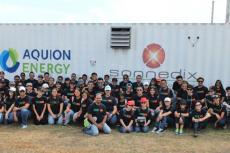 The first project visited was Finca de Viento (Wind Farm) Santa Isabel, owned and operated by Pattern Energy.  Finca de Viento is the largest renewable energy project in Puerto Rico and the Caribbean.  It started commercial operation in the 4th quarter of 2012 with 44, 2.3 MW turbines for a total capacicity of 101.2 MW (though the contract with the Puerto Rico Electric Power Authority is to inject between 75 and 95 MW into the grid).  About 80% of the renewable energy produced in Puerto Rico, until recently, was produced at this site.

Students learned about how a project of this magnitude is developed, its relations with the government and the surrounding communities, and even tried on the equipment used by technicians for the turbines’ maintenance.

In the afternoon we visited Horizon Energy Solar Farm in the town of Salinas.  Horizon is a 15 MW solar photovoltaic site that started commercial operations in July 2015, owned by Sonnedix.  It was also the first project in Puerto Rico to comply with PREPA’s Minimum Technical Requirements, which mainly ask for voltage ramp and frequency control.  In this case Horizon fulfilled the requirements using a custom-designed solution with 3.6 MW of storage (batteries) and controls.  Just one year later Sonnedix started operations in its second solar farm in the Island, a 57 MW project which happens to be the largest in the Caribbean region.

At Horizon students had the opportunity to see many of the renewable energy systems components they have been learning about in an Energy Systems module they take during the summer.  Whenever they have a conversation about renewable energy from now on they will have a better idea on what is a solar module, a transformer, or a battery bank.  This visit will help them when considering alternatives for a career on energy systems.

Learning about renewable energy in the local context